On October 28 and 29, 2005 we were fortunate enough to see Jake Shimabukuro two nights in a row. 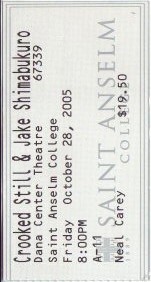 The first night my wife and I saw Jake at Johnny D’s Uptown in Somerville, Massachusetts. I brought ‘ukulele #2 (see picture below) with me and was lucky enough to have Jake sign it. It was a great thrill for me to meet Jake in person. He, of course, was just unbelievable in his performance. He plays with such a passion that it’s a very rewarding experience to see. He is a very gracious young man and is quite humble and thankful for his talent, and so down to earth.

Then the next night, two of my children (Jeremy and Sheilagh) and I went to see Jake in concert at St. Anselm College in Manchester, N.H. During the break we met up with Jake at the CD signing and had our pictures taken!

In the summer (of 2008) my wife (Janice) and I went to see Jake in concert at The Firehouse Center for the Arts in Newburyport, MA with my cousin Pete and his wife (Gail). During the break we met up with Jake at the CD signing and I had my picture taken again!

On June 19th (of 2009) my my son Jeremy and I went to see Jake in concert at The Center for Arts in Natick, MA. He was kind enough after the show to sign my daughter’s ‘ukulele ‘uke (#4).

On November 15th, 2009 my my son Andrew and I went to see Jake in concert at Tupelo Music Hall in Londonderry, NH. I brought recently completed ‘ukulele ‘uke (#3) to get it signed.

On October 26th, 2010 my my cousin Pete and I went to see Jake at The Regatta Bar in Cambridge. I brought more of my Jake CDs to get them signed. My goal is to get all of them signed eventually.

July 10th, 2011 we saw Jake at the Govenor’s Academy in Byfield, Massachusetts. 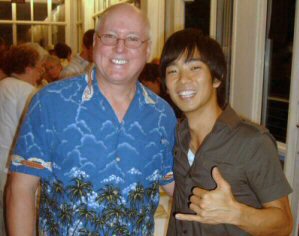 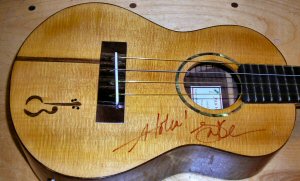